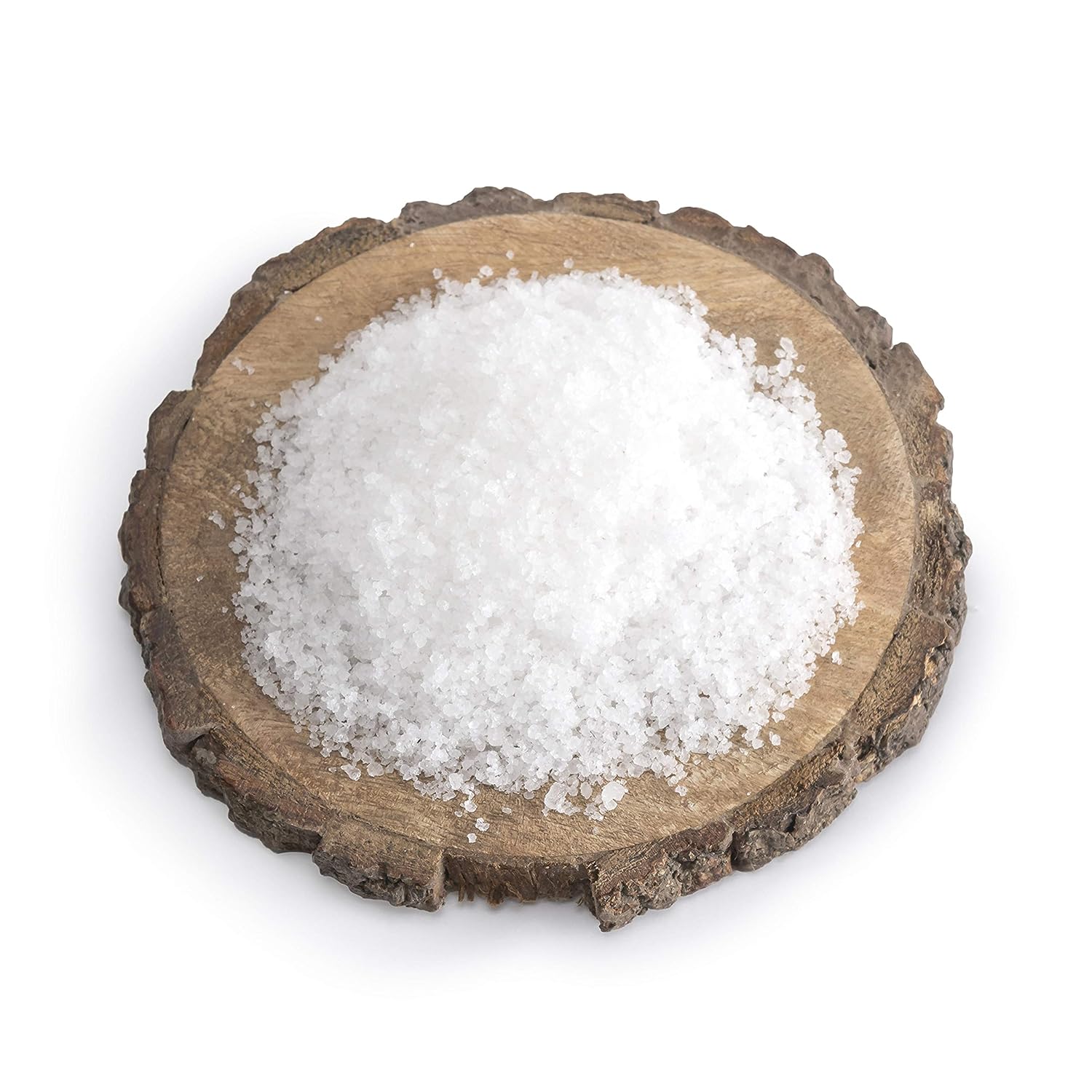 Naturally sun dried fleur de sel, the flower of salt harvested by hand using the same time less traditions for centuries. Often referred to as the caviar of the sea, our Fleur de sel is skimmed by hand from the pristine and protected wetland waters in western Greece. These pristine conditions, ample amounts of natural sun, and attention to detail all perfectly combine to create a truly luxury sea salt that is clean, refreshing and highly prized by chefs and food service professionals. The Fleur is the result of the first layer of crust that forms in the evaporation of sea salt and resembles a flower like pattern of salt crystal during formation hence the translation of Fleur de sel to be, flower of salt.